Quick Facts About Drug Tests in the Workplace

Drug testing in the workplace has become a common phenomenon today. With each passing day, companies are realizing the significance of establishing a new drug policy in workplaces. A drug testing program helps ensure the health and safety of each individual along with various other benefits for the larger society.

However, over the years, some false practices have crept in with regards todrug testing in workplaces. If you are an employer looking to implement a robust drug testing program at the workplace, here are some facts that might come in handy. These facts prove why implementing an effective drug testing regime is necessary and what practices should be avoided at all costs.

According toresearch, more than 65% of workplace accidents are related to alcohol and drugs. The same research further concluded that more than 40% of all injuries in the workplace are caused by workers who consume drugs or banned substances of some sort.

In the US alone, employers end up losing an estimated value of $75 to $100 billion yearly to workers in terms of cost of compensation, accidents and lost productivity due to drug related issues. This research is consistent with studies that claim that drug abuse is common in the workplace and is costing huge sums to employers.

Given the cost that a business can incur in cases of employee drug abuse, it is imperative for a business to implement an effective drug testing program. A basic drug test costs between $50 to $100 and it can only screen for issues related to cannabinoids, opiates, amphetamines, cocaine and phencyclidine. Testing for drugs such as barbiturates and hallucinogens is going to cost you a lot more. Employers that boast of an effective drug testing program apply testing to successful job applicants. These tests also include annual and random testing and tests that are carried out based on suspicion. Legally, you as an employer reserve the right to terminate an employee who you believe has violated the drug abuse laws you have set. You can also demote or strip daily benefits of employees who are responsible for less punishable drug related offences. You can additionally refuse to hire a person who has a poor drug history.

As an employer, you can also choose your employee by signing them up for a rehabilitation program. Highly motivated and trained employees offer long term benefits to the workplace, therefore rather than terminating them, you should make an effort to ensure that they can contribute to the workplace in a positive manner.

Users have access to various online tests that help them beat the system and get negative results. While these tests are not renowned to be foolproof, they have worked on a few occasions. These tests rely on diluting agents that dilute the sample to provide a greater chance of achieving negative results. Some users also consume an abundance of fruit juice or water to enhance the amount of Vitamin C present in their system. Substitute agents such as synthetic urine and freeze-dried urine are available through vendors. Suspects can accomplish this by dividing metabolites in the urine sample, which leads to inconclusive results. Like false negative results, there are some elements that can lead to false positive results as well. Varieties of substances such as prescription drugs or absorbing nutrients such as poppy seeds can flag drug test results. However, you can negate the findings of such results with the help of input from the medical review board. These officers review the positive result of the employee and state a justifiable reason for the result. If the tested employee is successful in providinga justifiable reason for the positive test result, the medical officers will negate the test result.

Medical officers around the world understand the sensitivity of initial screenings. Accredited labs are now seeking the help of chromatographic tests to identify non-specific drug testing in the case of false positives. These modern methods ensure that the true results are uncovered successfully one way or another.

Marijuana Does Not Show Up

The effects of marijuana can differ vastly. Many cases show that the results are usually present for a duration of less than one week. There is a lot of misinformation circulating around claiming that the effects of marijuana can stay in the system of an affected person for months and years. The strain and concentration of the cannabis used means that even the most chronic users will test positive for seven days or more.

In some cases, users can test positive for up to 10-21 days after the final inhale. Some on the other hand only test positive after just 3-7 days. However, the most common effects of marijuana use usually dissuade within a week.

Work Safety Is Hampered by Illicit Drug Use

Many employers believe that drug or alcohol use in the workplace is not threatening at all. This is a dangerously ignorant opinion as research proves the ever increasing costs of drug and alcohol related accidents.

Multiple studies prove that drug use can directly impact the safety levels at the workplace as the National Safety Council reports that eighty percent of employees injured in a drug related accident are sober co-workers as opposed to the drug users themselves.

People who indulge in drug or alcohol use are three and a half times more likely to be a part of a workplace incident than other workers.

Given the facts available, it is safe to say that drug testing is absolutely necessary in the workplace, and you as an employer should create an efficient framework for the process.

Jay Z
« 10 Things You Need to Know About Drug Tests for Employment » Preparing for a Hair Drug Test: Top Tips for Testing Negative 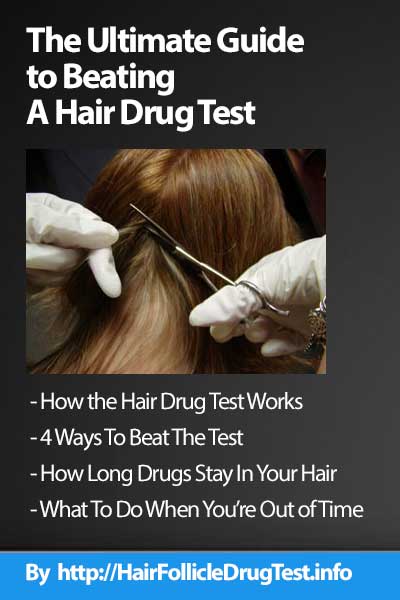 Send Me The FREE Guide

This 24-page ebook (.pdf) contains everything on this website, formatted for reading on any device.